An Example of Congestion in the National Capital Region

Let’s look at the 4-lane stretch of Rue Laurier running from Alexandra to Sacre-Coeur in Gatineau.  Running beside Parc Jacques-Cartier.  Running between people’s houses on the east and the park along the river on the west.

The rest of the time it is basically empty, with the few cars speeding as fast as they can.

So how have we allocated this space?  Basically we’ve spent millions of dollars on construction and maintenance of 4 lanes, of which two are jammed for an hour in the morning and two are jammed for an hour in the evening.  10 hours of (half) capacity use per week.  Millions of dollars, for two lanes of bumper-to-bumper traffic.  And be mindful that this is not thousands of people.  Cars are ridiculously big.  There is usually only one person in the car.  This means a giant line of bumper-to-bumper traffic has only dozens, maybe on the order of a hundred actual people being moved.  A kilometre of traffic jam has fewer people than in a first year undergrad seminar room.

(As a side note, people say “the road is jammed but the bike lane is empty” because the road fillled with single passenger cars is incredibly space inefficient.  The bike lane isn’t underused, it’s just massively more efficient than the car lanes.)

Allocating space to cars in this way would be great if it had huge benefits for all.

But actually you’ve spent millions of dollars for ten hours a week, and

So for ten hours a week for a few hundred non-residents (who are in a traffic jam), you’ve got four lanes of empty space that make things worse, in terms of experience and in terms of money for residents and the city, in terms of reduced cycling and walking, and in reducing the use of a park, for the other 8240 hours a year.  10 hours of mediocre travel for a few, resulting in 8240 hours of mediocre experience for everyone else.

When you look at that rush hour congestion, you should see an opportunity to save money and make money.  For a triumph of capitalism.  Narrow the road to two lanes, put in wider sidewalks and two protected bike lanes, and put in a mid-way crossing.  Way more efficient use of road space.  Way lower maintenance costs.  Way lower risk of injuries.  Way higher values for the houses.  Increased use of the park.

But no.  We’d rather make ourselves poorer for 10 hours a week of bumper-to-bumper traffic.

My Conclusion About Congestion

UPDATE: I would distinguish between the kind of rush hour congestion I describe above, and congestion that represents a busy city with complete streets functioning normally.  Congestion that’s a result of popular spaces is very different from congestion resulting from bad system design.  ENDUPDATE

What congestion pricing is actually about is

Congestion solutions are about saving everyone money and time, while increasing the value of the urban landscape, benefiting both the city through taxes and the residents through housing value and quality of life.

Opposing addressing this kind of congestion is basically declaring yourself in favour of a mediocre experience for a tiny number of people for a tiny number of hours a year, rather than benefiting everyone all year.  But that’s what passes for “common sense” after decades of car-centric planning.  Roads must be free and wide and all must suffer because that’s the way it’s always been. 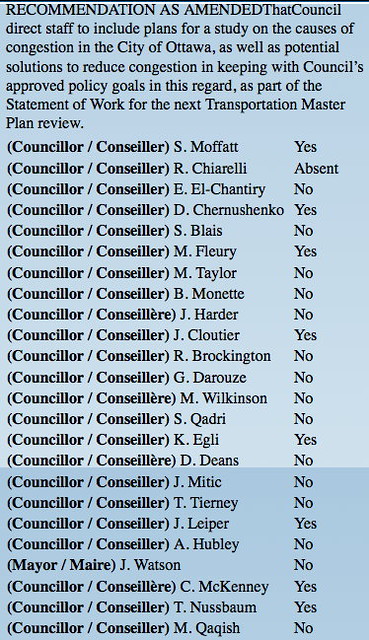 There are actually several eras of Time Team.  If one was being too-clever-by-half one could say Paleo-Team, Meso-Team, and Neo-Team.

But it’s probably better to say Team 1, Team 2, and Team Everyone Gets Fired.

There are really four different groups that contribute.  In early series, there literally is The Time Team listed in the credits, along with Presenter Tony Robinson, The Geophys Team, and… well, Stewart Ainsworth, who never makes it into The Time Team, but is eventually grouped with the rest of the archeologists.

From Episode 1×01 you have the start of Team 1, which shows up more-or-less the same  in the credits from series 1 through series 5 and retains the same people from series 1 to series 12 with the exception of Robin Bush who is gone from the core team after series 4.

It’s important to understand the Mick Aston is the lead of the show.  He’s actually the very first person from the team you see and hear speaking after Tony Robinson in Episode 1×01.  They do work as a team to make decisions, but Mick is the lead.

You might think there is a kind of pre-success era of Time Team, before the computers and helicopters, but they actually have everything from Episode 1×01 – helicopter, liveried Time Team vehicles, and computer support.

Some of the themes we see later on, such as geophys being set up in opposition with the excavating archaeologists, are not present in early series.  In fact in early series starting with episode 1×01 the excavating archaeologists are quite delighted to see what might lie beneath the ground without having to dig it up.  Victor Ambrus shows up on screen a lot more in early series, but rarely says much, the illustrations usually speaking for him.  And the illustrations are actually a mix of computer and paper from the very beginning – the very first time we see him he’s drawing on a computer screen using a tablet.  His work drives a lot of object reconstruction in early series.

The dynamic of the show also evolves.  From the beginning we see them as a team working and talking and often eating together, but the “time to go to the pub for a drink” tradition at the end of every day doesn’t show up until quite later series.  And of course we see them all age and adapt to changing styles, from big glasses and big beards early on, to the inevitable greying.

Starting in series 6 there is no more “The Time Team” in the credits, but it is still the same people: Mick Aston, Phil Harding, Carenza Lewis.  Stewart Ainsworth (finally) moves into a grouping with the rest of the archaeologists. Starting in series 5 Victor Ambrus is moved into a separate Illustrations section.

My apologies to those who show up in the credits from the beginning but I haven’t mentioned – I’m going by screen time as I observe it, not contributions.  Also note this sample is only from the first episode of each series, so it’s not comprehensive.

There isn’t really a clear dividing line between Team 1 and Team 2.  Gradually over time and usually without fanfare new team members were added as the show got bigger and more complex, drawing more frequently on more experts and more excavators.  Sometimes they show up in the background for a while before getting much screen time.  Two of the main additions in terms of field archaeologists are Matt Williams and Raksha Dave.  The credits however remain pretty much unchanged all the way through the series, until series 19.

Team Everyone Gets Fired happens in series 19 and 20, when core team members Mick Aston, Helen Geake, Stewart Ainsworth and Victor Ambrus disappear from the credits, amongst others.  As I explained in How to watch Time Team, it really isn’t the same show after series 18.

The key to understand with Time Team is that Mick Aston is actually the lead, not Tony Robinson, despite how it may appear.

Up through and including series 18, the show has a fairly standard approach, with Mick planning the dig and Phil Harding gruffly digging things up, while Tony Robinson tries to bring together what is going on for a lay audience.

One of my favourites from series 18 is 18×02 which TVO calls Saxon Death (available until July 30, 2017), but which is actually titled Saxon Death, Saxon Gold.  At the time of this writing TVO’s Time Team pages have a bit of series 17, all of 18 and 19, and series 20 is in the process of rolling out.

Starting with series 19 the show was revamped quite dramatically and made a lot more like the [Era] Farm shows, including Farm presenter Alex Langlands and the introduction of lead-in spoilers (“teaser video”) showing some of the major finds and events that are to come.  There is also a reduced focus on archeologists and analysis, with different major contributors.

Mick Aston opposed this change, and after hanging on for series 19, in 2012 left the show he had basically originated.  He passed away the year after.

Western Daily Press – Professor Mick Aston: Why I quit Time Team, and the danger of losing touch with our history – February 13, 2012

UPDATE 2016-04-11: Current Archaeology wrote an appreciation of Time Team in December 2012 that provides some history about the show and details about the series 19 changes.  Time Team: the rise and fall of a television phenomenon  ENDUPDATE

So if you want to watch the core of the show as originally imagined, watch series 1-18 and stop.  The show ended after series 20 (March 2013) anyway.  Mick was born in 1946 and Phil was born in 1950, so in any case it was pretty much time for them to retire on top of their game.

It’s a shame they couldn’t have done 20 years with Mick Aston and then wrapped up the show.

UPDATE 2016-08-16: After watching all of Time Team up to and including season 18, you can watch the Time Team Specials up to and including number 46, The Way We Lived (about how houses have changed over the centuries).  After that you are into 2012 Specials, post season 18.  Note that the Specials are kind of all over the map, from new content with the team, to what are basically sales pitches for major sites featuring mainly or only Tony Robinson, to clip shows.